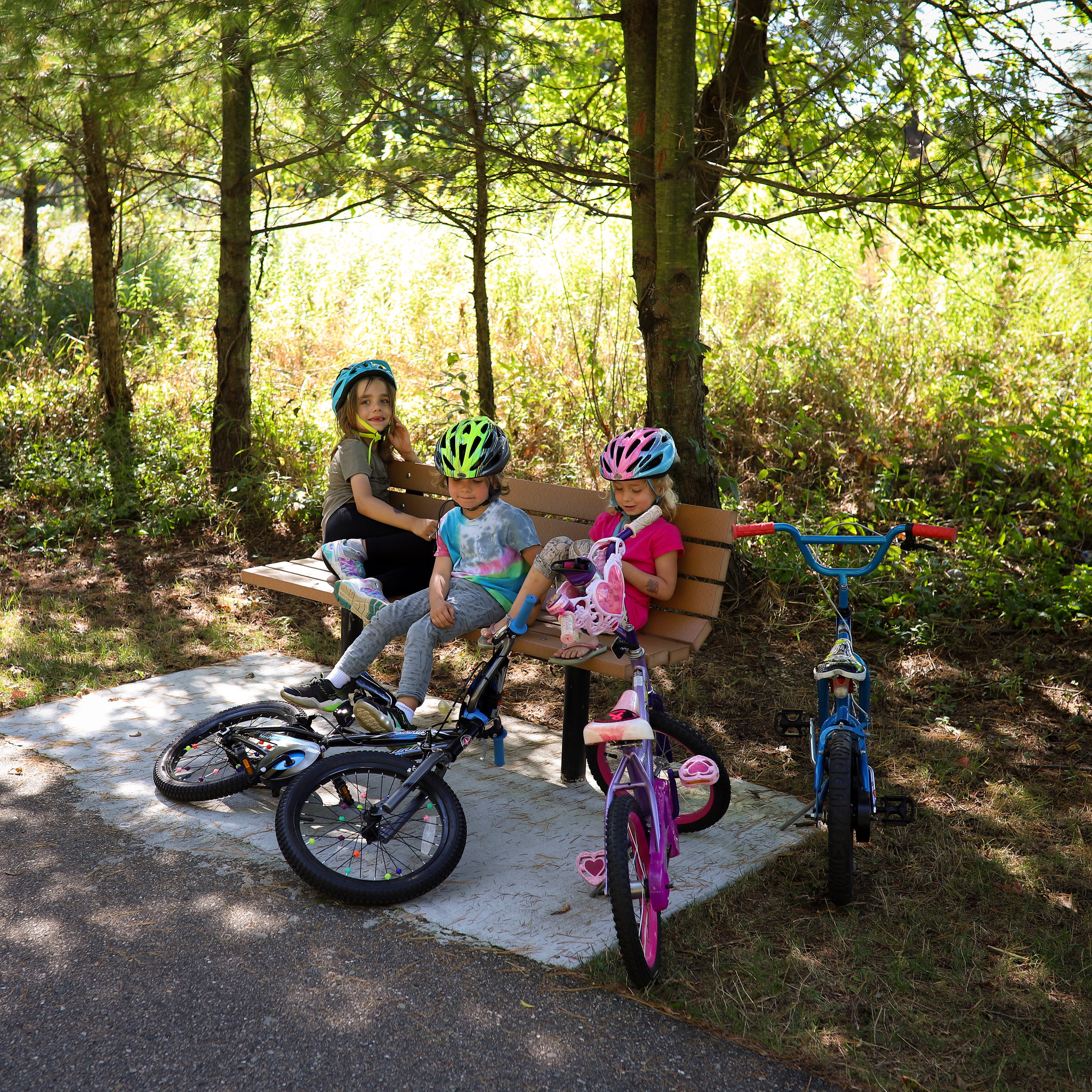 School started a couple of weeks ago and it feels like it’s been months since we were up north. I miss that time, so Kristin and I have already been talking about next summer’s vacation. My parents are on an epic cross-country road trip right now and the things they’re seeing and doing make me want to do a lot more camping and outdoor exploring.

School seems to be going well so far. Jonah got the teacher he was hoping for and seems happy each day when we pick him up, and despite lots of Vivi’s best friends heading off to kindergarten this year, both she and Jude seem to have heaps of friends at preschool and there’s a certain element of “preschool seniors” swagger going on for both of them.

One of the most exciting developments for us as summer came to a close was Jonah learning to ride his two-wheeler. 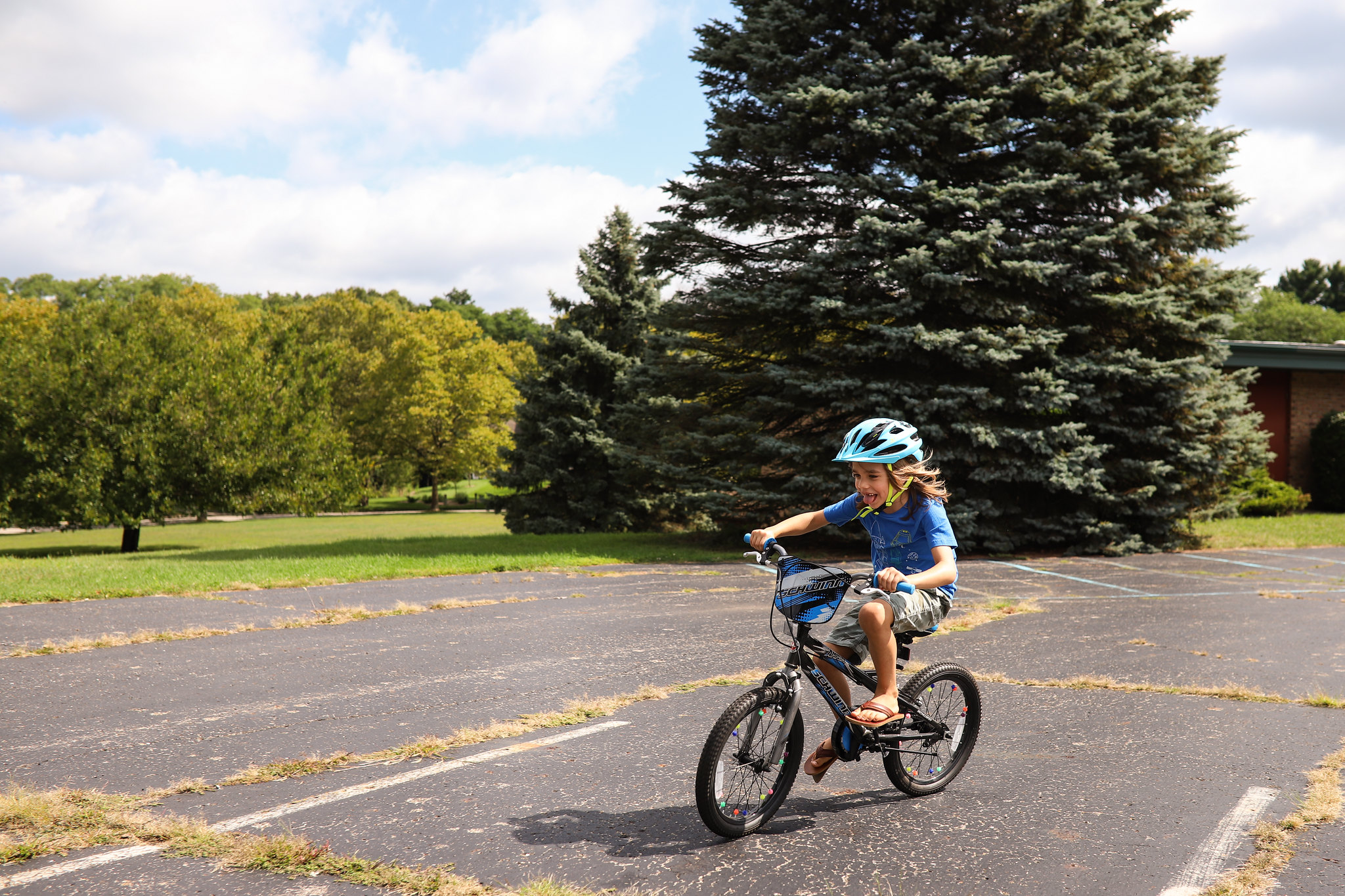 Early in the summer we told Jonah that we thought this would be a big summer for him, that maybe he’d learn to ride his bike. He hadn’t ever shown much interest in it; he loves his scooter and it gets him around fine, thank you very much, but we wanted him to learn before he was old enough that it would seem like an even more daunting challenge. Vivi went first, then Jude within a week, but Jonah was still hesitant. There was a glimmer of interest there, but every time we spoke aloud that we knew he’d get it in no time he asked us not to say that. I think that he was afraid he’d fail.

We had to nag him to practice for just a few minutes at a time. But then something started to click. He could ride in a straight line for a few driveways as long as we got him started. Then a week or so later I convinced him to head to a big parking lot to learn how to turn, and before long he was biking in circles. The next day he actually *asked* to go back and practice more and the last skill finally clicked: suddenly he could start by himself without any help. His pride was all over his face.

He told me after our very first family bike ride with everyone on their own two-wheelers, “I’m like a professional bike rider now. I feel like I should join a kids racing team or something.” There’s almost nothing I love more than seeing our kids have pride in their accomplishments, but especially Jonah after so much struggle and hesitation. I see myself in him so much, especially when he’s in his own way and that’s a tough thing to watch but it’s beautiful when he pushes through and shines, wind in his hair, smile on his face. I looked at our kids taking a rest during a long family trail ride yesterday and was completely in the moment with a sense of wonder that they’re old enough now to all be riding their own bikes.

Now that Jonah can ride he hardly ever wants to stop. The other morning before it was even light out he asked me if he could go ride in the street before school (with safety lights, of course). And he bikes to school every day and proudly locks up his own bike at the school bike rack.

Yesterday was the most beautiful day and all I wanted was to be outside. We spent three hours on a paved trail in town, stopping halfway at the playground and making lots of other mini stops to explore nature along the way. With no fear of dirt or yuck whatsoever, Vivi waded right into a very mucky pond to pick up some sort of snails that were all over, in search of empty ones that she could take home (we ended up with a few for our tiny nature altar). Her love of wild things makes me light up with pride. 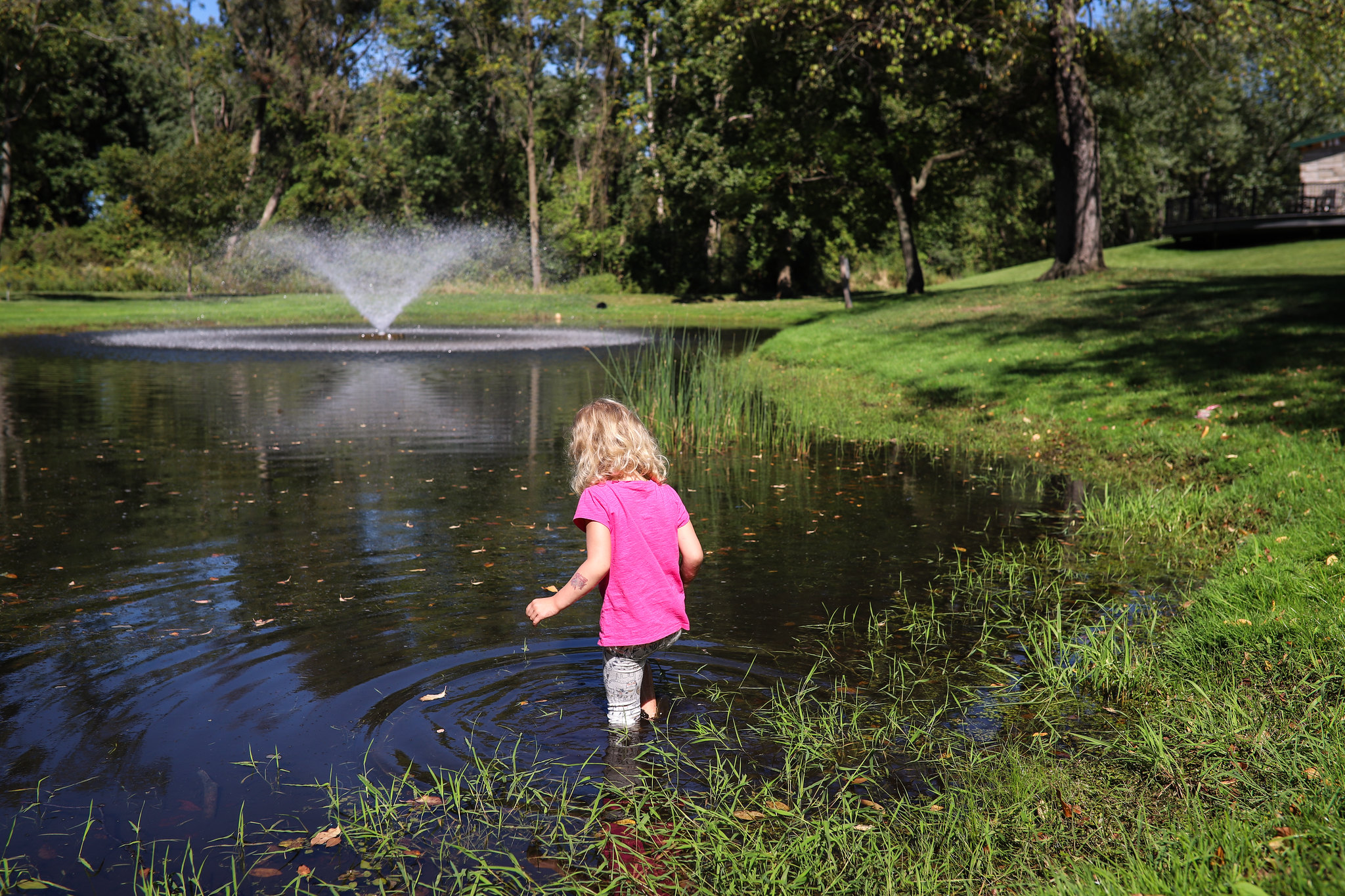 We also discovered that if you dig your fingers into the business end of a cat tail (at least at this time of year) you’ll end up with a fist full of fluffy seeds that expand in size in a way that made me laugh with surprise. The kids couldn’t stop throwing them into the air, and we all went home covered in them. 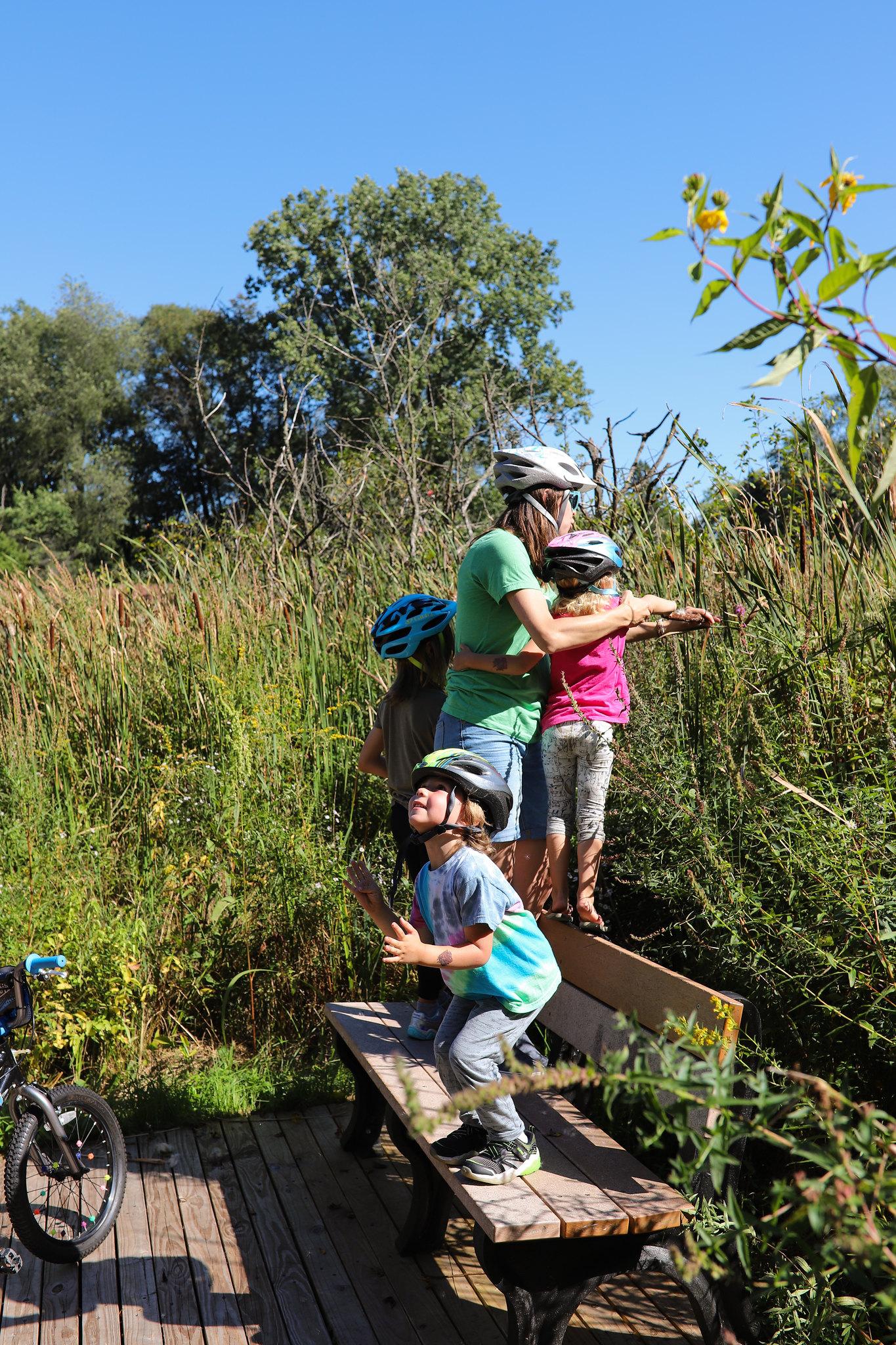 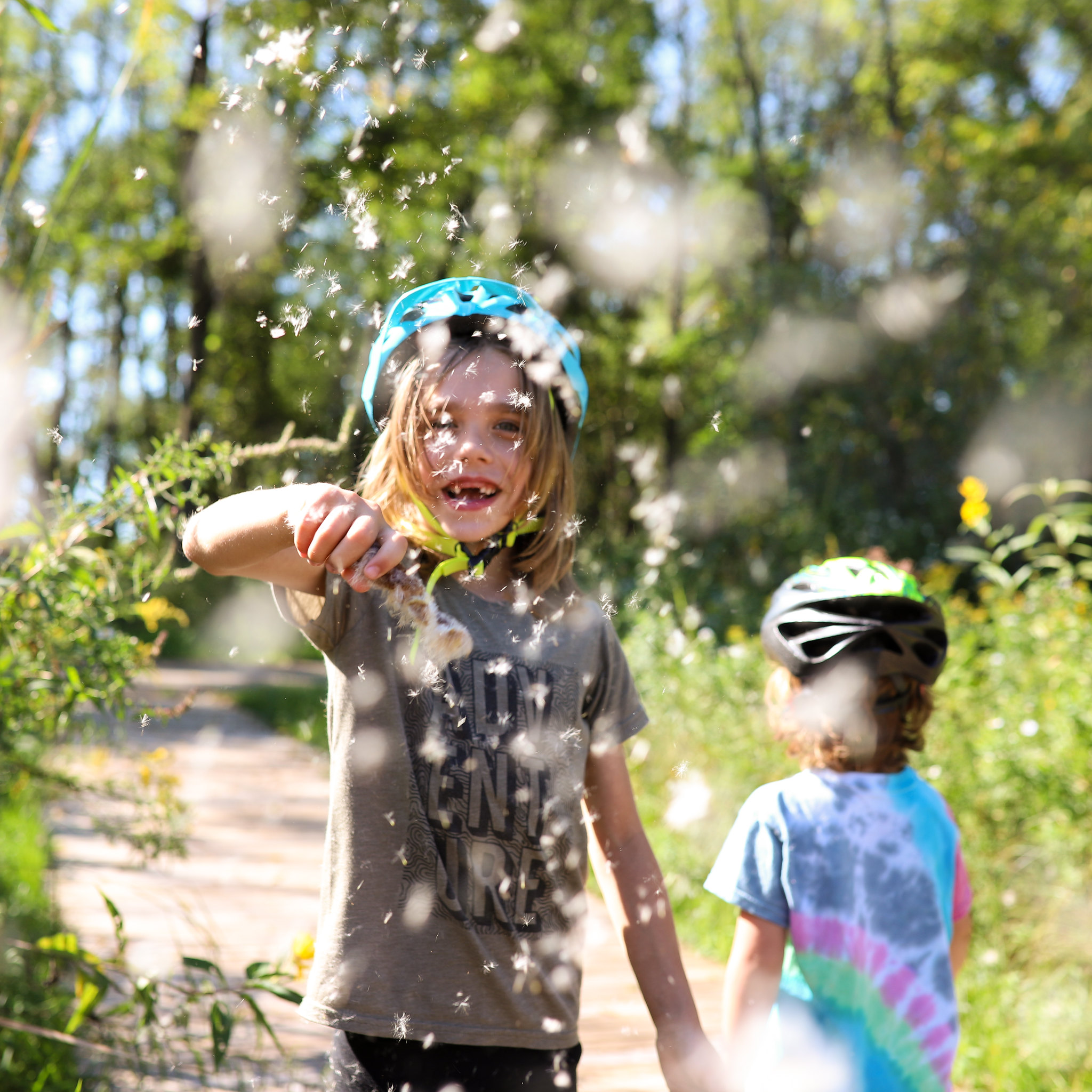 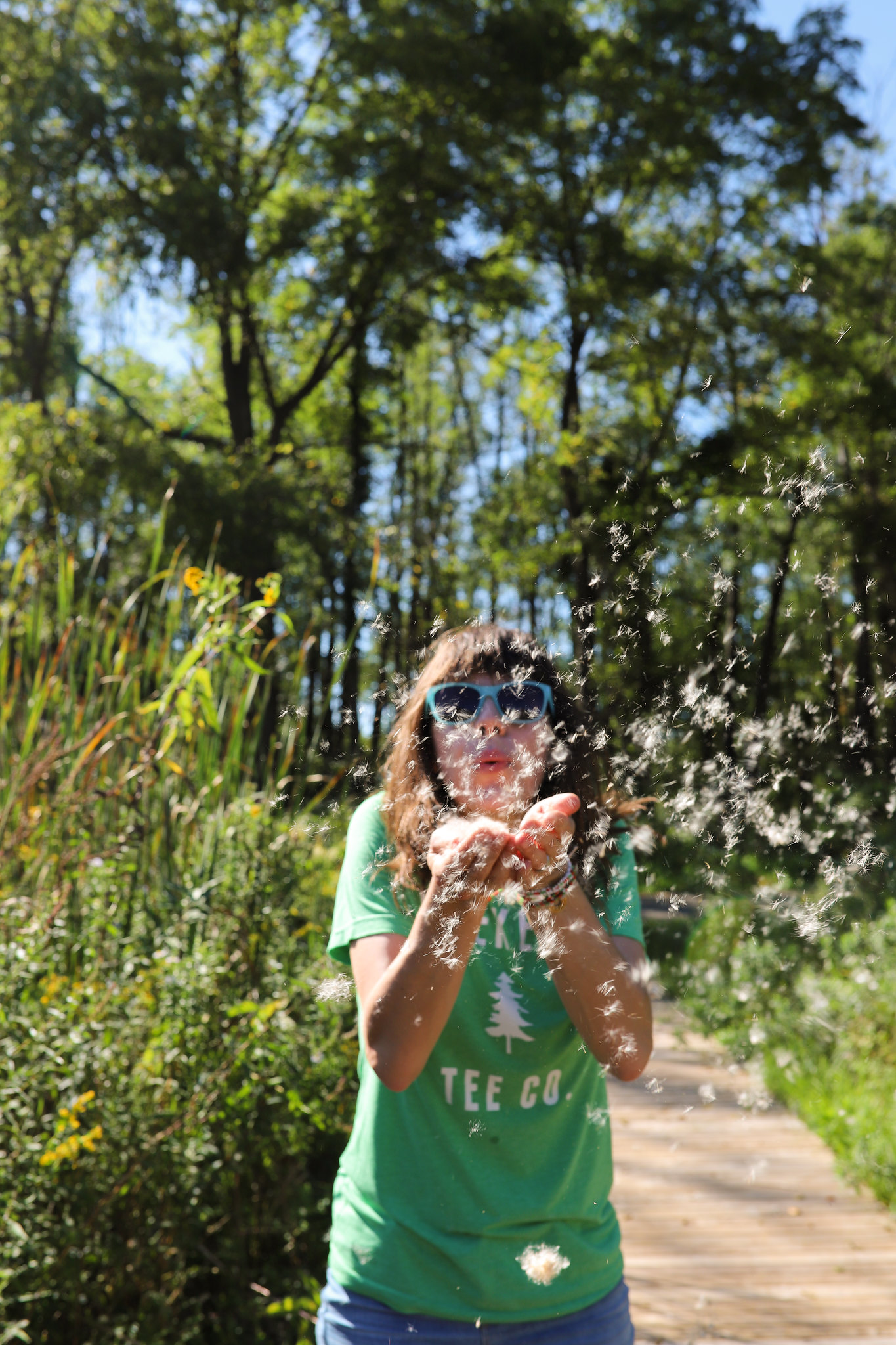 With the school year came new activities for all three kids: soccer for Jude, and karate for Jonah and Viv. Kristin is on soccer duty each Saturday and I’m on karate, which I think is how we both prefer it (and as a result, I have no photos of Jude playing, but here’s a sweet one, albeit out of focus, from the playground). 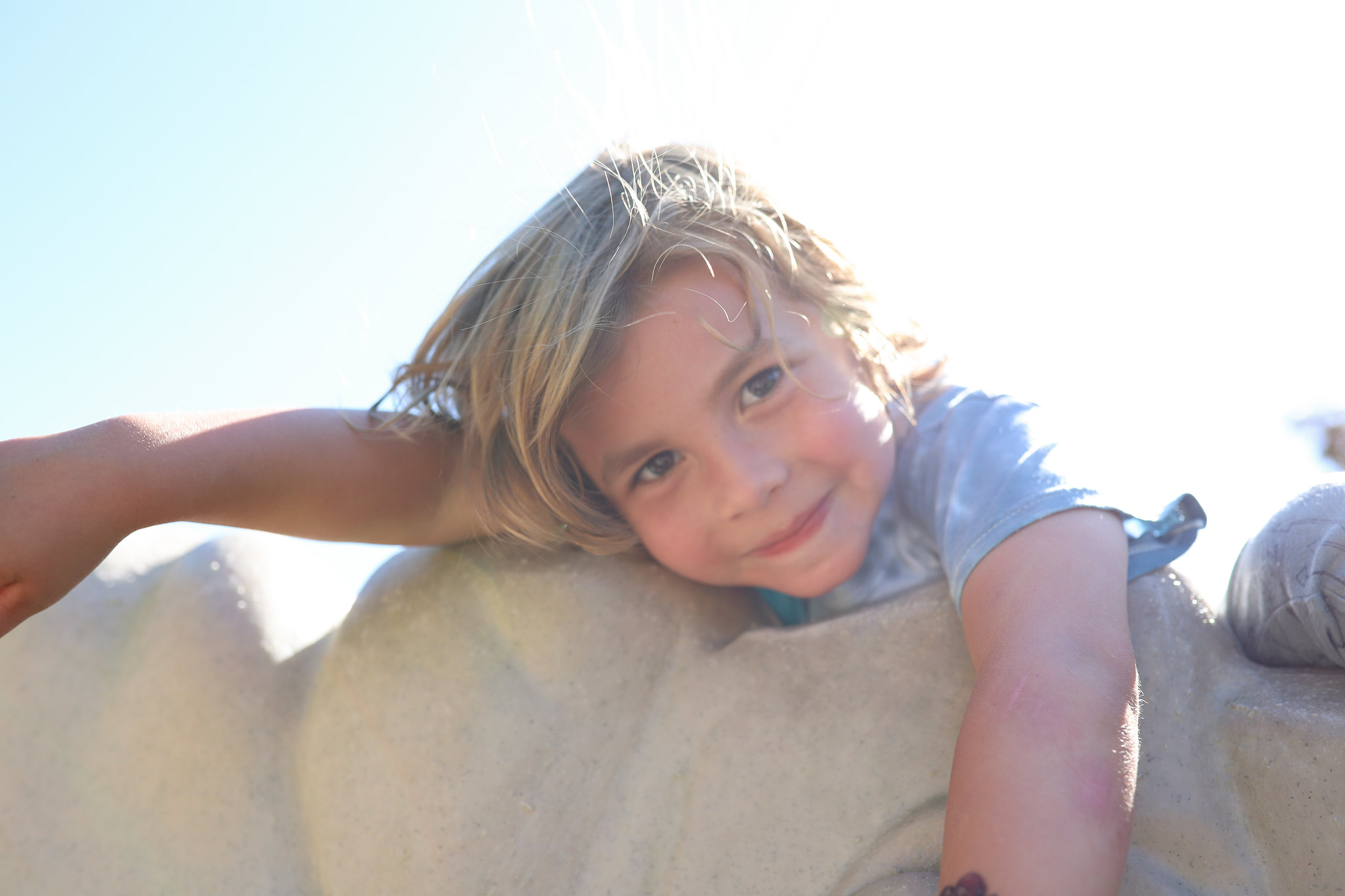 It’s worth mentioning that Jude is SO.INTO.PUZZLES right now. We bought a new 100 piece popsicle puzzle while we were up north and he can’t stop finishing it, undoing it, and finishing it again. I think it’s going to perpetually live on the dining room table.

Back to the sports, I love watching Jonah and Viv do karate. It was a struggle for Jonah at their first class because he doesn’t like feeling frustrated or confused and there’s no such thing as a “beginner” karate class, but I feel like he’s pushing through quite well and did better in the second. 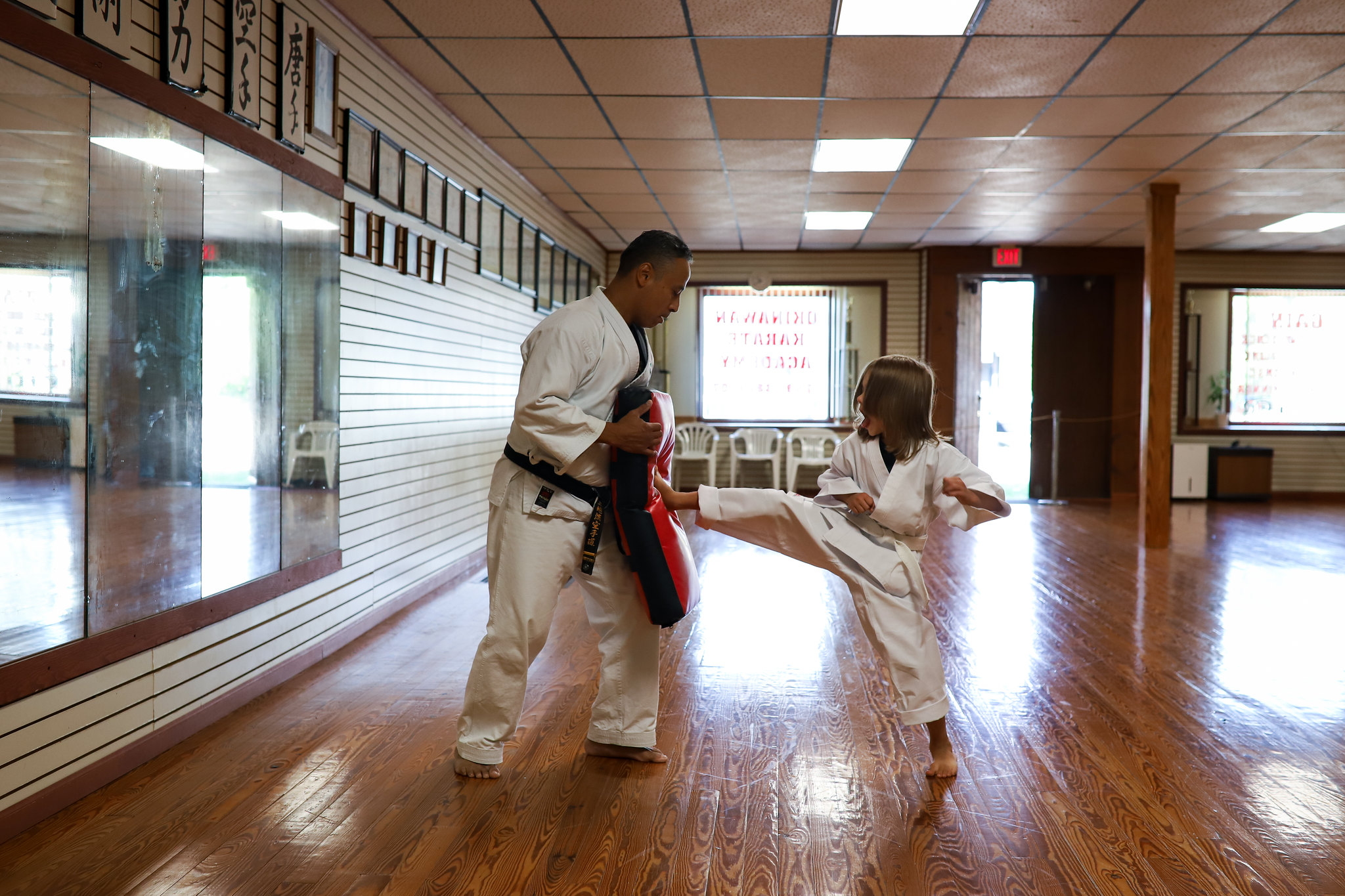 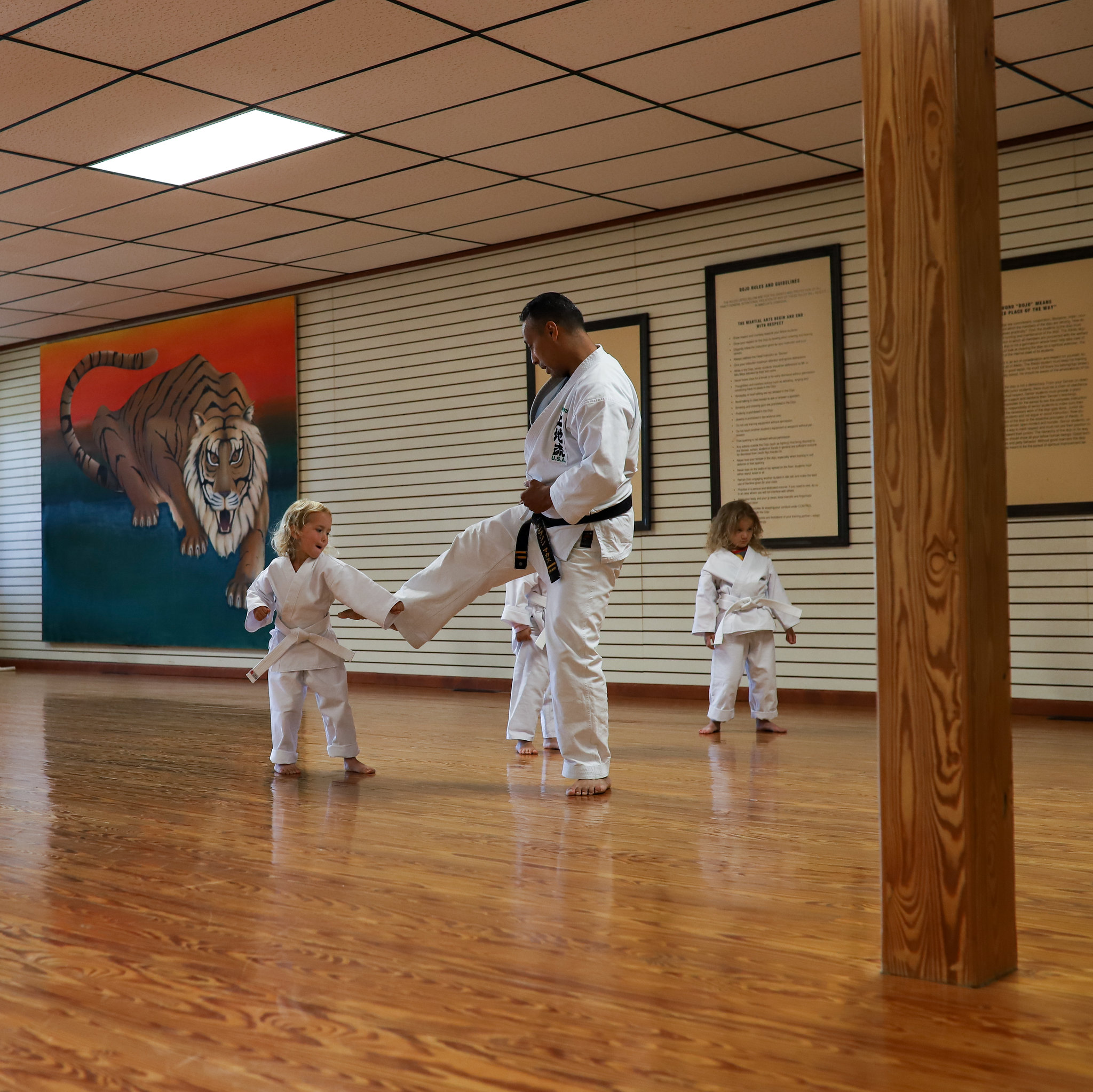 Watching them has made me want to sign myself up, to be honest, so I’m seriously considering it. I don’t know what it is about 40 but suddenly I want to try all of the things. I have a fair amount on my plate right now. Mid-September means that we only have six weeks till Halloween, so yesterday I went to the fabric store with Vivi to buy some of the things we’re going to need. This year may be the first that I buy a costume because Jude wants to be Miles Morales and I just don’t think that I can do Spiderman cheaper or better (or even nearly as well) as what I can buy on Amazon. That said, I’m talking him into wearing it with the red hoodie and navy bomber jacket that Miles wears in one of the best scenes (both because it’s warmer, since we’re dealing with Halloween in Michigan) but also because it’s cooler and makes me feel like I’m doing something beyond sticking him in something I just pulled out of the plastic packaging. Jonah and Viv are letting me make theirs though, so that will satisfy my craftiness needs.

When I went to the fabric store I saw some flannel in the window and started telling Vivi how badly I wanted to make a blanket out of it (something cozy and simple for campfires) but I had to stop myself because I’m also signed up for a photo editing class that starts in October, I’m prepping to present at Pecha Kucha in October, and now I’m talking about making time for Karate at least one evening per week, and then there’s the issue of those costumes, so whoa, Nellie. But to be honest I love this kind of creative energy, so I’m going to embrace it and see where it takes me.