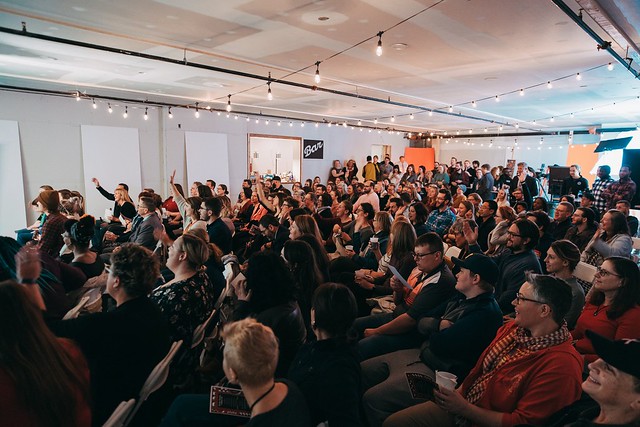 For 2019 my new year’s resolution was simply the word “open.” I was turning 40, and I wanted to be open to more things, more possibilities, more perspectives. I wouldn’t go so far as to say that I wanted to say yes to everything (I’m too picky for that, though I know that exercise has been magical for some), I simply hoped to pause when judgment or old habits crept in and consider a new way of thinking.

Over a year ago I learned about PechaKucha when my friend Kara presented. According to the global website…

PechaKucha (Japanese for “chit chat”) is the world’s fastest-growing storytelling platform, used by millions around the globe.

PechaKucha is what “Show and Tell” always dreamed of becoming.

When I talk about it I usually tell people that it’s like a cross between TED and The Moth (but with a much lower bar for entry). Storytelling: 20 slides, 20 seconds per slide, and they auto-advance, which adds up to six minutes and forty seconds of stage time. You can talk about anything you want (and the topics on a given night are generally all over the map).

I’ve never been a fan of public speaking. I took two public speaking classes simultaneously during undergrad just to try to conquer my fear. I went through a brief period years ago when even speaking in meetings caused me to break out in hives. Yet for some reason unknown to me, it suddenly occurred to me months ago that maybe I wanted to present at PechaKucha. I thought that maybe I had a story to tell, and I really wanted to do something that scared me and attempt to tell it.

I waffled for ages, honestly. I reached out and expressed interest and they offered to sign me up for July and I said no. So they told me I was on the list for October (they may be accustomed to having to nudge people towards yes). I worked on my piece and went back and forth until about three weeks before showtime, at which point I decided there was no turning back.

And then on October 17th the night came, and I did it. A storytelling coach told us in advance that there are three presentations: the one you plan to give, the one you actually give, and the one you wish you’d given. I went into it fully expecting things to play out that way, but I got up on stage nervous as hell and did exactly what I wanted to do. I walked off stage to crazy applause and fist bumps and tears from strangers and knew that I wouldn’t have changed a thing, and my mind was totally blown. 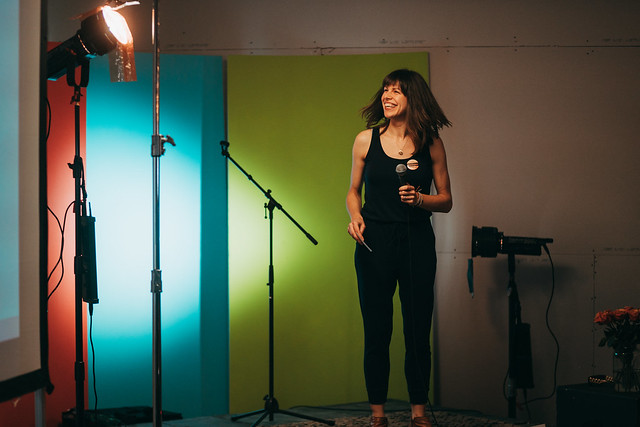 You see, I’m the sort of person who tends to aim low so that I know things will turn out OK. I don’t reach for a lot of things that I might fail at, and this entire experience felt like it fell into that latter category. I was amazed by how utterly gratifying it is to do something that scares you. Something I easily could have bungled. This was WAY out of my comfort zone, and it felt amazing.

I was so proud of myself, and still am. And when my presentation went up on the PechaKucha global site today I was both excited and nervous to listen, because I hadn’t heard myself yet and was a little bit worried that I might find flaws that would change my feelings, but I didn’t. I mean sure, I talk super fast, but I always talk super fast. That’s nothing new 🙂 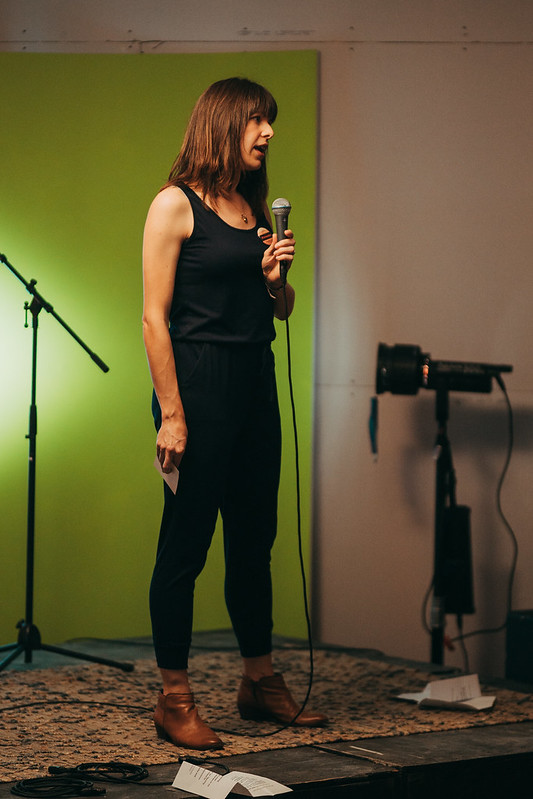 So check it out. The recording (with slides but no video – but I wasn’t reading notes, if that helps or changes your listening experience) is on the global site (Beyond Boy Stuff and Girl Stuff), and I’m super proud of myself for conquering my fear. And if you ever have the chance to do that thing that scares you, don’t hesitate.