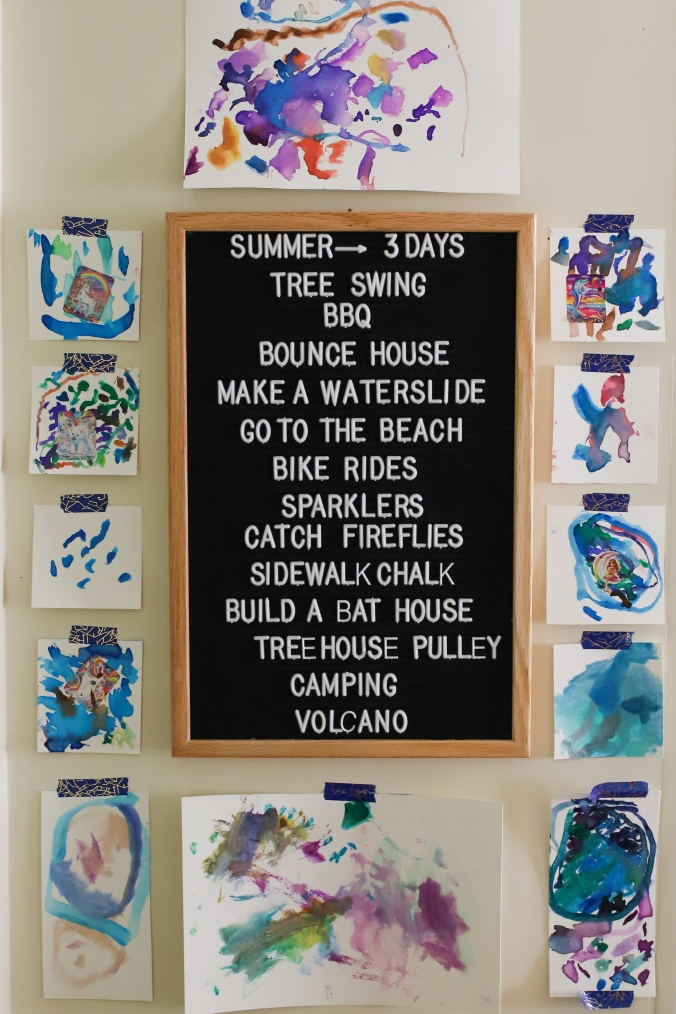 We’ve been counting down to summer since the days were in the twenties. Now the board reads “1 Day” and a strange combination of excitement and crushing sadness and worry is bouncing around in my brain. I’ve been worrying about tomorrow all week long; it’s Jonah’s last day of preschool, forever. It’s also the last morning for two months that I have to worry about getting all of the kids up and fed and dressed and out the door in time for me to get to work. And it’s the start of the long daylight evenings with no concern (ok, less concern) about bedtime, nights of catching fireflies in the yard and eating popsicles on the patio. It’s also the first summer that I’ve felt like we really have a growing number of friends here, lots of people I’m excited to spend time with all summer long. When Jonah starts kindergarten in the fall at our neighborhood school I’m confident that we’ll meet even more people and grow even more connected to our community. Even so, the end of preschool is weighing heavily on me. The other day he came home with a “build-your-own-machine kit.” A Velveeta box filled with bits of broken clothespins, a pine cone, some dirty plastic tubing and a similarly dirty plastic connector piece. It’s all garbage, really, but he was so excited about it, and eager to show me how he could put it all together. That’s the kind of learning that they do in preschool. Parents bring things destined for the trash or recycling and drop them into a designated bin, and the children use the “junque” to build whatever they can dream up. I’m going to miss that kind of learning. Another day this week, Kristin picked the kids up early for a swim lesson and when she arrived they were all outside. There was a hose draped across the monkey bars, spilling water into the sand. A cadre of kids were working hard to build the walls of the riverbed that they were constructing together. They all had jobs, Kristin told me, and it was all of their own doing. 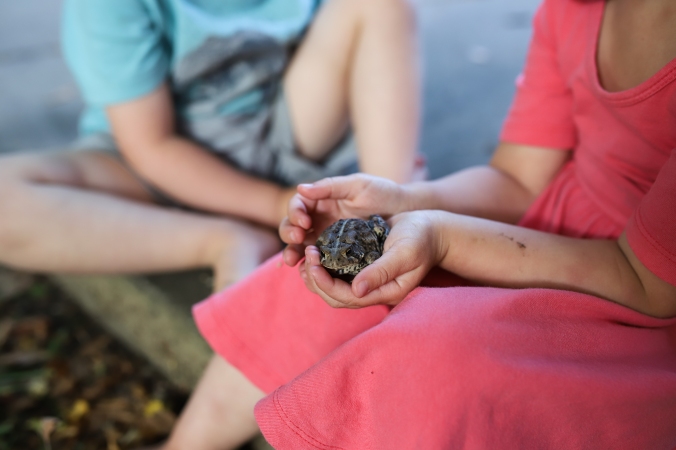 He has learned so much there and grown in tremendous ways. I am grateful in a way I cannot even fully express that we found this wonderful school and that it gave our children such a soft landing after we left New York.

But Jonah is excited for kindergarten, and all week I’ve been asking him how he’s feeling about the end of preschool and the start of kindergarten and he tells me that he’s excited. What kid wouldn’t be excited for summer? I worry that he doesn’t know how different next year is going to be, and how much he might miss, but I also know that I’m projecting all of my own fears and sadness onto him and that it isn’t fair. I want to be excited with him, so I’m going to work on getting there all summer long. A week or so ago we finally planned our Michigan road trip, we’re 95% committed to a trip to Charleston, and throughout all of the days in between I hope to squeeze in lots of the things that I love about summer here, plus some things we haven’t tried before.

This morning already felt different to me. I felt more relaxed than I usually do, in less of a hurry, perhaps because a part of me knew that I needed to take it all in. I watched Jonah push Jude and Vivi on the tree swing out front before getting into the van, and I marveled at what a good big brother he can be. I’m going to try to focus on the good stuff this season has to offer while allowing the feelings to unfold as they need to tomorrow, when I drop all three kids off at “the purple school” for the very last time. I hope that Jonah never forgets it.