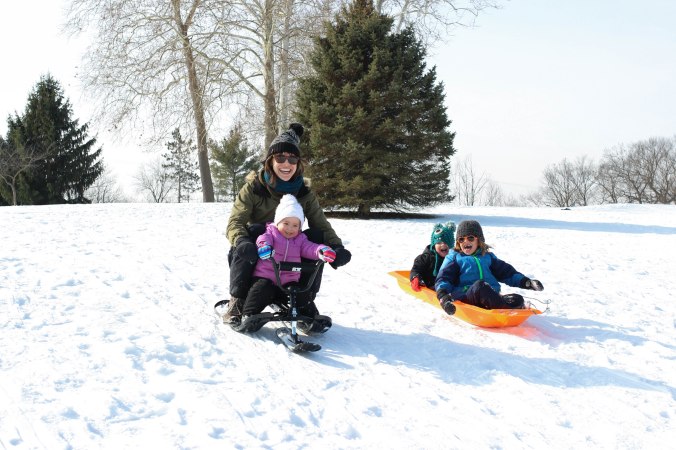 A couple of weekends ago, after a big snowstorm, we took the kids to the golf course to go sledding. There were lots of families there and Jonah immediately zeroed in on a snowmobile-style sled with a steering wheel. He went over to the family and asked where they’d gotten it, and the grandpa told him that he’d had it in the attic. “That’s funny,” I said, “we had the same one when I was a kid!” They let Jonah take a ride on it and he was hooked. I called my dad to tell him the story after we got home and he recalled having found ours (with a broken seat) and only having thrown it away within the last year or two. He decided that Jonah should have one, and he ordered a similar model on Amazon and had it sent to us for Valentine’s Day.

It arrived last Thursday but it was still in the box, and for the last few days Jonah has been begging me to put it together. I’d worried that he wouldn’t have the opportunity to use it because it was 40 degrees a couple of days last week and a lot of our snow has been melting, but we had a pretty good base from that snowstorm a couple of weeks ago and on Saturday night we got a new dusting. I checked the weather and learned that it wasn’t going to warm up until around noon on Sunday, so we decided to try to get out early to squeeze in some sledding before everything melts in the 50-degree temps this week. 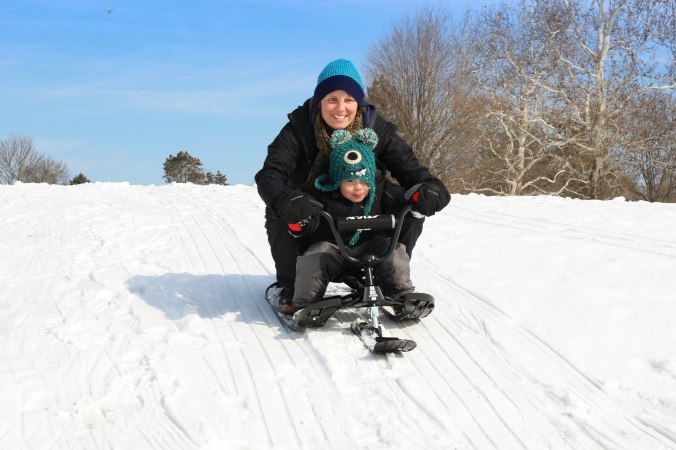 We were the first ones to the golf course, which was kind of an amazing feeling. The sun was shining, and while the snow wasn’t as perfect as it had been a couple of weeks ago it was still more than sufficient. And the sled? It did not disappoint. 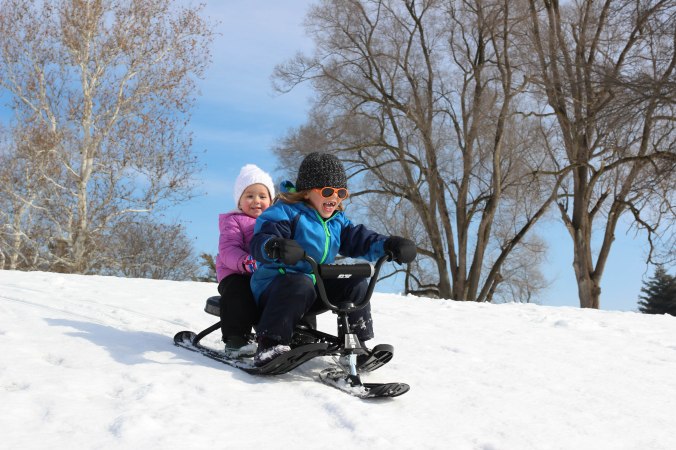 I think that Jonah would have stayed out there all day long. We were out for a couple of hours and more families began to show up. Kristin pointed out that one of the best parts of going sledding is seeing so many adults having just as much fun as the kids. At one point we saw two pairs of adults, probably in their 50s or 60s, going down the hill and laughing and I’m not sure that they had any kids with them at all. 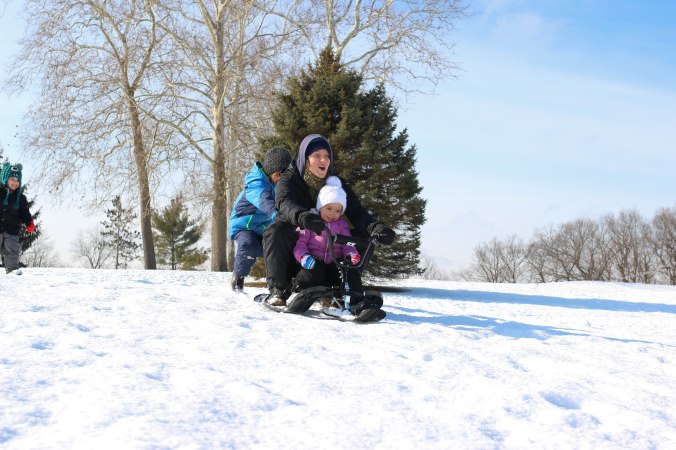 Getting out early to make this happen for the kids (and let’s be honest, for us) absolutely made my Sunday. Quality time? Check. The rest of the day was just icing.