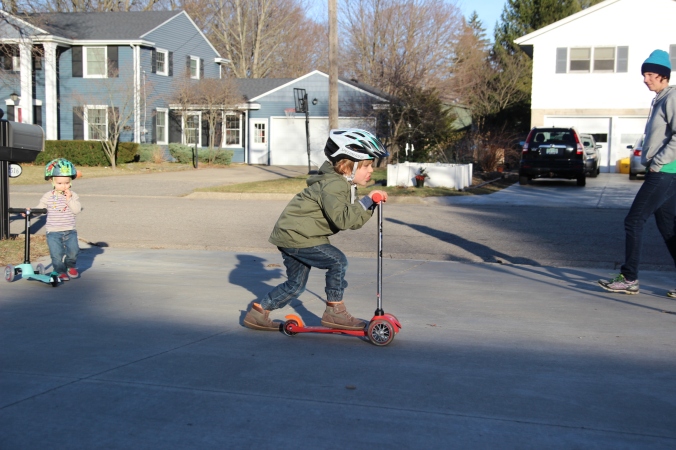 A few weeks ago, a story came out on our neighborhood Facebook group about a black family a number of blocks up experiencing some pretty intense race-based harassment by a neighbor on their block. Another neighbor on the street called it out and a number of people expressed their support for the family that was being targeted (and also noted that this woman is apparently notorious throughout the area for calling the police on all sorts of perceived violations and instances of “blight”). At any rate, it was decided that there ought to be some sort of show of support for the family, so a block party was planned…in February…in Michigan. I have to admit that while I offered to bring chili (it was a chili cook-off and BBQ) I had some real concerns about the temperatures and how this would all shake out. By some miracle (or more likely as a result of climate change) it was 60 degrees and sunny all weekend, and the block party went off without a hitch.

This entire weekend felt like a preview of what spring and summer are going to feel like in this neighborhood, and I have to say that it was spectacular.

The block party was a number of blocks from our actual block, so we didn’t expect to know much of anyone, but we ended up running into two families from preschool and being introduced to a few others, and having a really wonderful time chatting with people. The kids ran around in the sun with a bunch of other kids, and I just felt good about where we live. We’d already invited one family over for an after-party, and we ended up inviting another family we’d only just met (another preschool family). As K and I put out cheese and veggies and wine glasses in anticipation of everyone’s arrival, we talked about how fortunate we feel to be here, how proud we are of our home, and how good it feels to share it with friends. In New York I hated hosting, but I’m realizing now that those feelings were very closely tied to our space. Sure, I still get stressed out about cleaning and prep, but even that feels easier now that we have places to put things. We had a really lovely evening and I’m excited to do it a lot more often.

Since I’m still an introvert no matter how much I’m learning to enjoy hosting, after six plus hours of socializing I need a day to decompress, so today we planned to get out into nature on our own. K proposed the farm at the Nature Center, and the kids were really excited about it. Unfortunately we drove out there only to find that it didn’t open for an hour and a half, and that the farm portion was actually closed for the season (oh right, it is still February after all). We headed to a playground instead, and then came home for lunch and decided to spend the remainder of the afternoon just playing in the yard. Over the past couple of days everyone has been outdoors, so we’ve spent some time talking to three neighbors we’re very familiar with, as well as meeting another family we’d never met before, a couple who struck us right away as fun and down-to-earth and who apparently have five girls between the ages of 6-19.

This probably sounds like over-the-top gratitude, but I’m so thankful to have a driveway and a big front yard, and to know that we’ll spend time out there and we’ll run into our neighbors and that they’re wonderful. I experienced so many “I love our life here” moments this weekend. And I now feel much more confident that yes, we’re going to make friends and build a community, even if it’s going to take us a little while to do it. 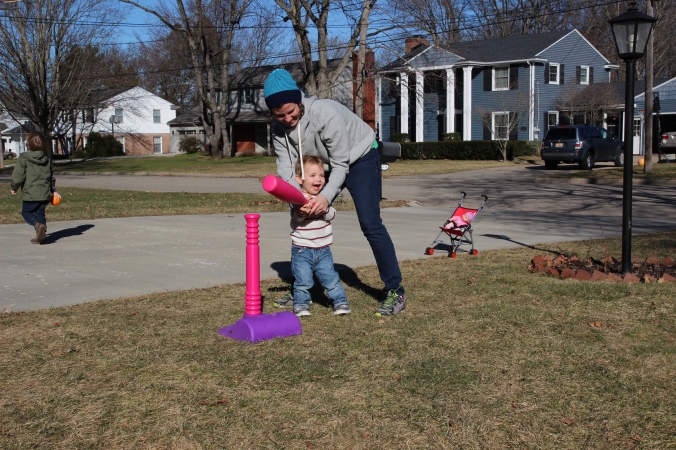 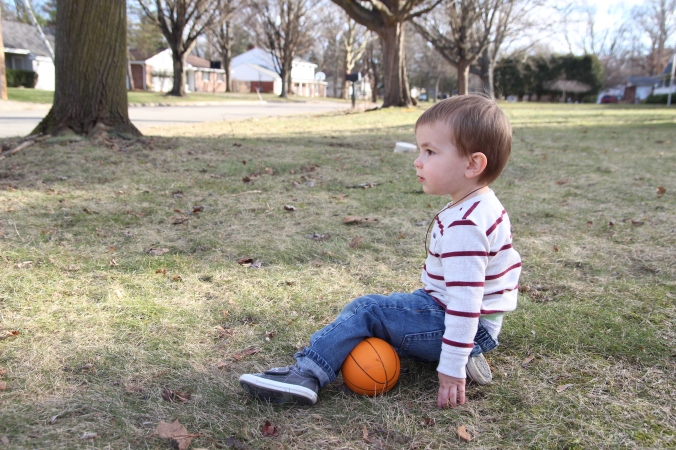 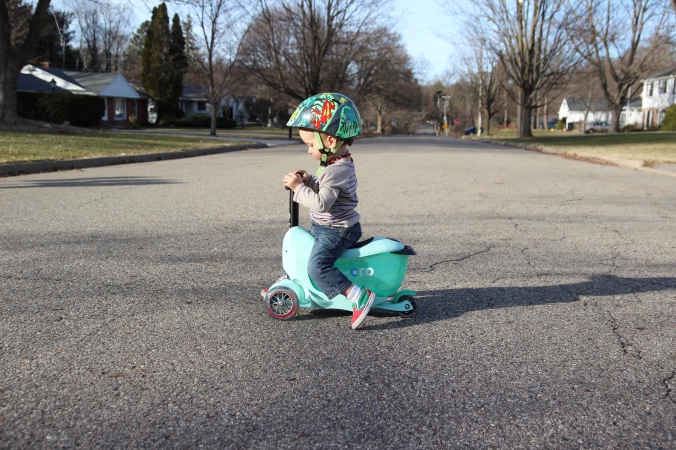 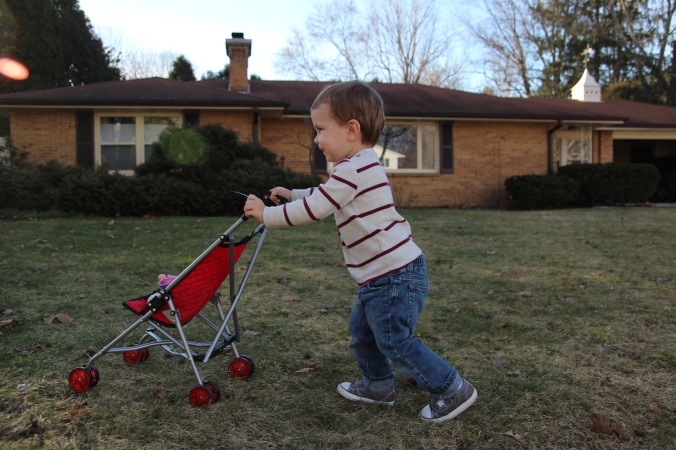 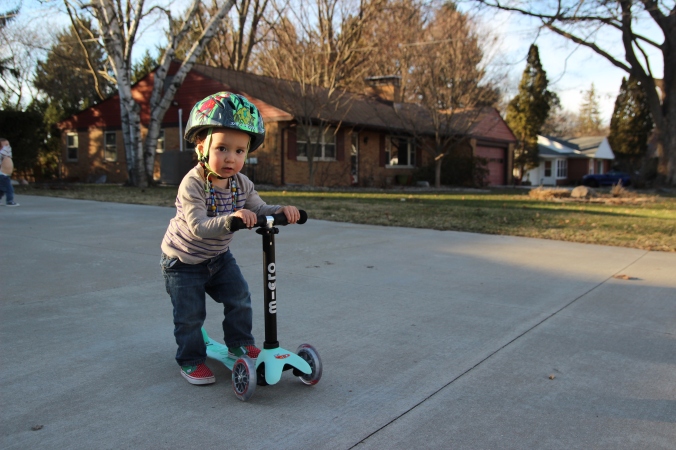 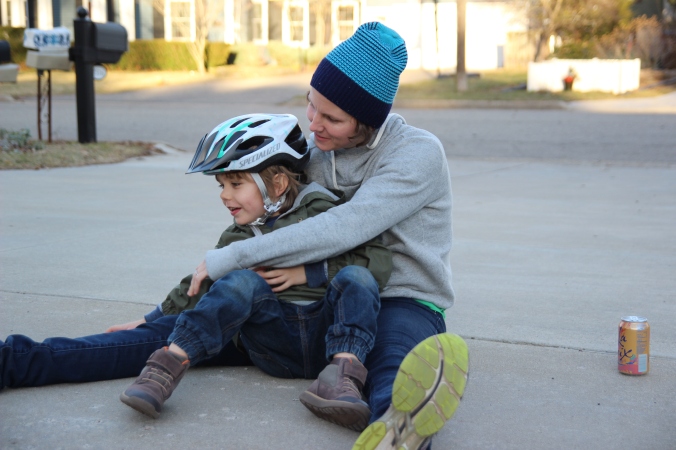 I’m going to New York solo on Tuesday night for four nights and about three and a half days, and while it was partly my choice (a good friend and colleague is moving on professionally, she lives in Los Angeles and will be working out there now so this is my last chance to cross paths with her in NYC) my feelings about the trip are all over the place. I’ve missed my work friends tremendously and I’m looking forward to seeing them, not to mention my good friend-friends up in Westchester (I’m spending Friday night up there) but this weekend I’ve really begun to panic about how it’s going to feel to be away from these guys. I’ve never left the kids for this long. We left Jonah for two nights when K was pregnant, but that’s it. I was in the grocery store this evening and I was already thinking about how excited I’ll be to come home. I’m really afraid of how lonely it’s going to feel when I get off the plane by myself late at night, tired and hungry and missing my family, standing in a taxi line and just wanting to cry. I know that I shouldn’t put that expectation out into the universe, but I’m really feeling sad about it.

Some good family friends of ours have agreed to come over at the crack of dawn Wednesday through Friday to get the kids fed and dressed and driven to school because K can’t do it with her work schedule and our preschool’s hours. I feel guilty about having them do it and worried that Jonah will have a meltdown over missing me or something in his morning routine not being quite right. K has been so supportive and really wants me to have a great time, so I’m really trying to look forward to it. We’ll see.

One thought on “All summer in a weekend”