Despite having bought sleds a few weeks back when the huge snowstorm came through, we hadn’t done much more with them than pull the kids up and down the street in front of the house. We’ve asked Jonah if he wanted to go sledding, but he’s never been very keen. His preschool has a hill with sleds and even snowboards that the kids are welcome to use, and we know that he’s been doing some sledding there (we watched him through the window when we came for his mid-year parent/teacher conference) so maybe he’s built up a bit more confidence and enthusiasm for it since the first time we asked. At any rate, we asked again today and everyone was game (now that I think about it, even Jude shouted “yeah!” which is hilarious considering how much he hated it once we got out there). We drove the kids over to Gigi and Papa Doc’s condo property because they have a lovely little bowl right out in front of their house that’s perfect for little ones – not too steep/fast, and not too tough to climb back up again.

Vivi was the first to go down, and she wanted to go down solo again and again. She’s fearless and sometimes it terrifies me. Jonah loved it too, and would have stayed out all night. Jude, on the other hand, thought that everything about it was terrible. He sat in a pile of snow or on someone’s lap the whole time, trying to avoid the sleds. The one or two times Kristin forced him to go down with her, he sobbed in terror. Oh well, he’ll find his thing. 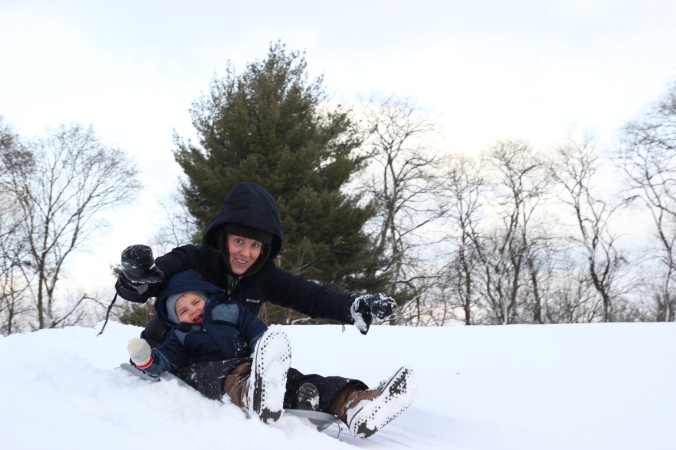 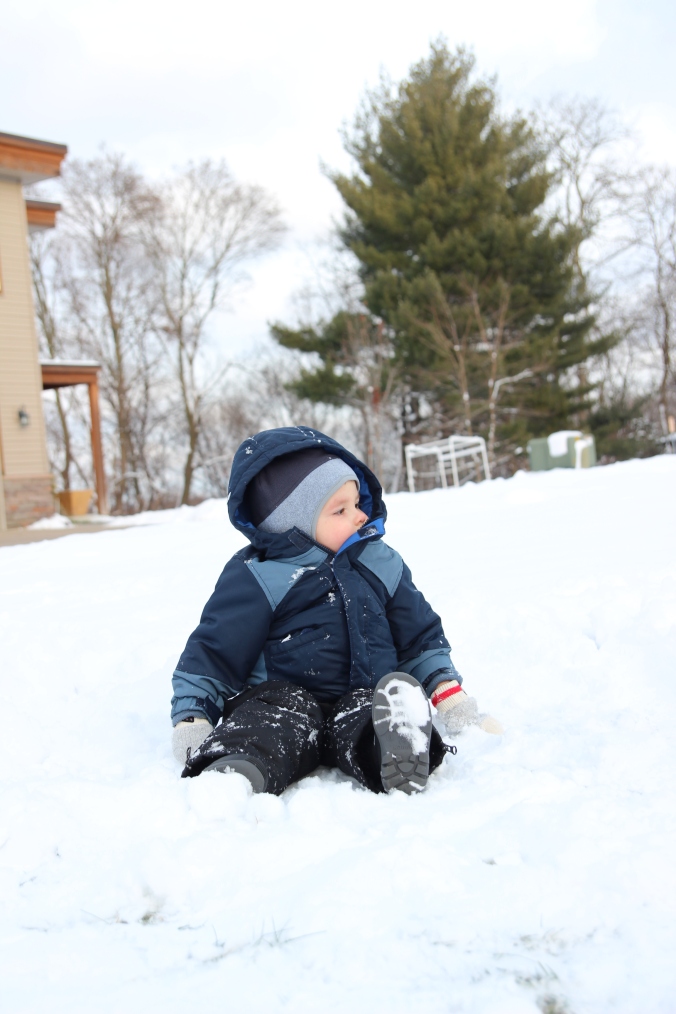 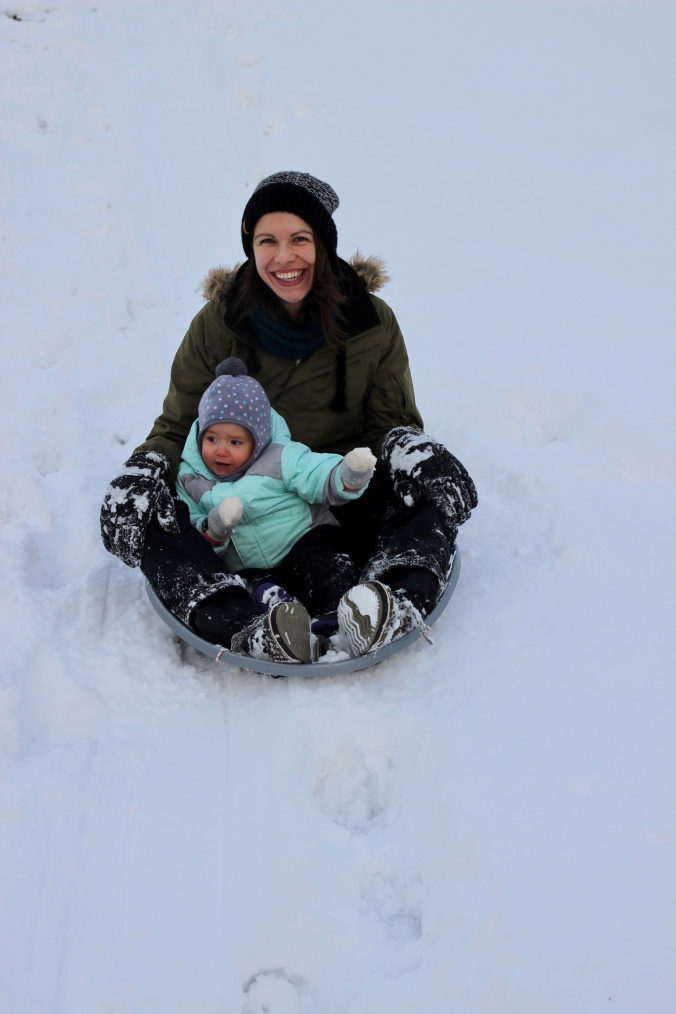 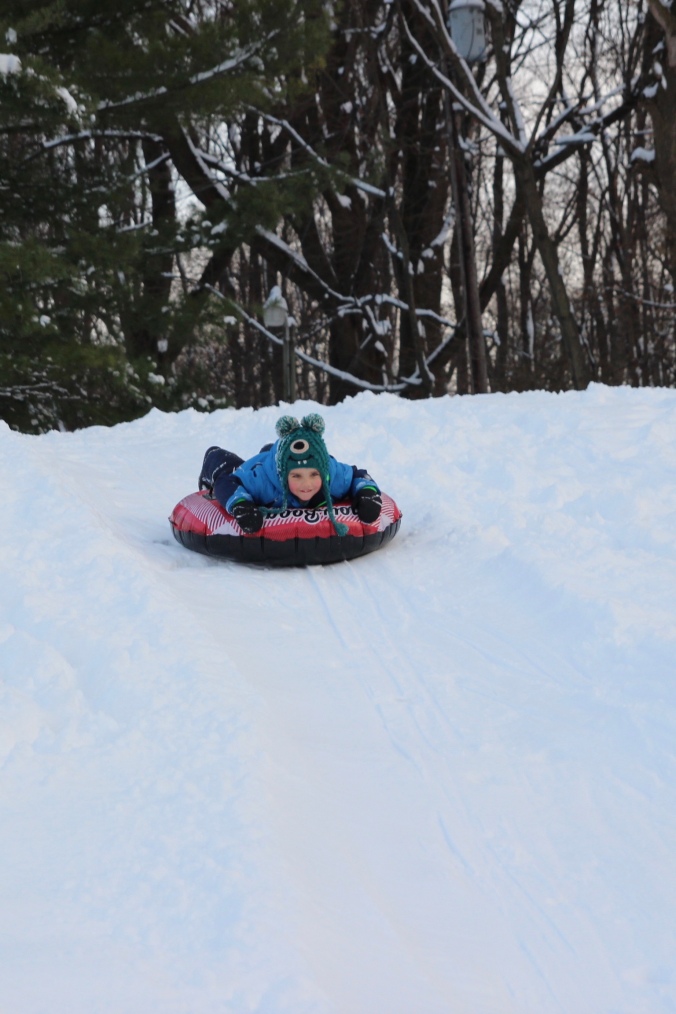