Things are getting very close, and I’m more than ready for the construction zone to transform back into a home. The carpet went in yesterday and the wood floors are finished in both the living room and kitchen. The great room floor is in progress and we hope that it will wrap up by the middle of next week.

We planned to move in most of our stuff from the garage (where it’s all been living since early August) into the house this weekend even though things are still under construction. That’s proving to be more challenging than we’d anticipated, however, because the two rooms that would be most convenient to house boxes while we sort through them are essentially off-limits due to tools and what not being strewn about. I was also surprised to find myself feeling completely overwhelmed by having all of our stuff back. Despite the challenges of living out of suitcases in someone else’s home for three months, there was something freeing about having so little stuff to worry about. Suddenly we’re opening boxes and trying to decide where to put things and it all just feels like way too much. I’m terrified of throwing things together in a haphazard way and never achieving a higher level of organization than we were capable of in a two bedroom apartment. I’m trying to just breathe through the anxiety and trust that it will all work out, just as it has so far.

Here are a few photos from today. Even though the kitchen floor is also finished, I didn’t take a photo because there were tools and all kinds of renovation nonsense all over every surface of the room. I love this wood flooring so much and I can’t wait to see it in the great room.

We have the same greige(ish) carpeting in all three bedrooms, and a different style of carpet (a bit better for high traffic) in the basement, but in a very similar shade. 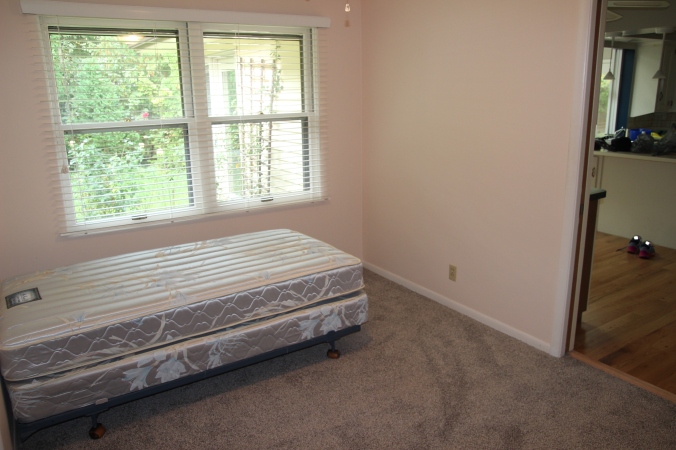 I think that the cafe shutters in the boys’ room are probably coming down. We debated, but they just make it so dark and they don’t add a lot. Plus I think the beds will be too high for them to function.

I’m really loving the color in our room, especially with the carpet. I can’t believe that I was so unsure about this one.

I’m obsessed with the new half bath floor. Obviously this isn’t anywhere close to finished, but the floor gets me excited to complete the project.

The basement looks so different without the pink shag (the carpet is greige, but the weird lights and pine walls give it an odd cast). Jonah was playing down here after unpacking some toys today and it made me so happy that the kids have a playroom. 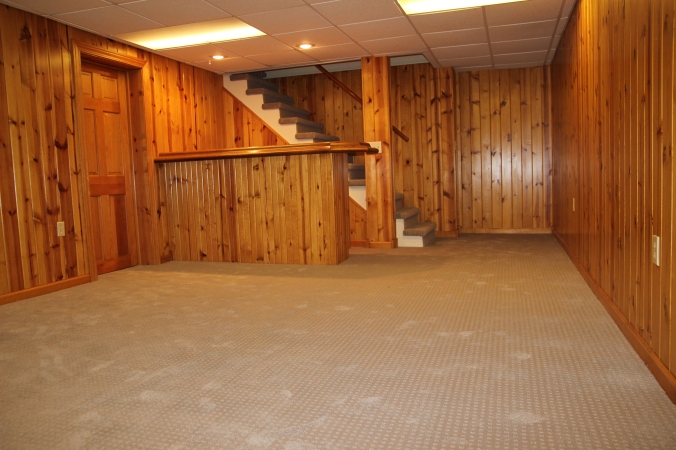 More to come when the rest is complete!