Today is my birthday, and Jonah actually turned seven back in November, but at least once a year I like to take time to record who each child is in this moment. This seems as good a time as any to capture some thoughts on the boy who made me a mama. 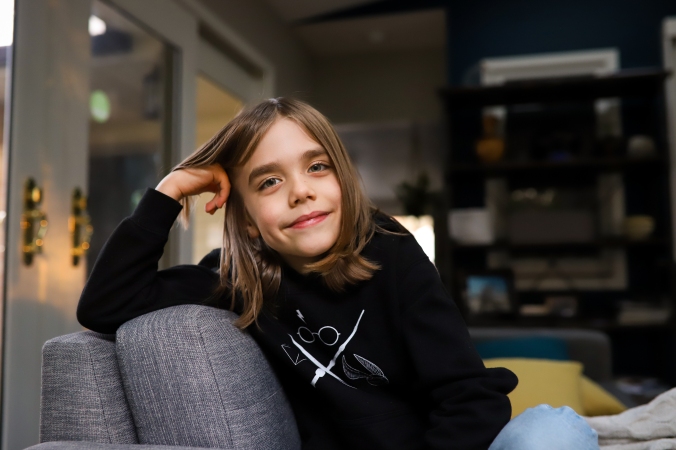 Jonah is in first grade now and seems to love school. He’s doing beautifully academically (99th percentile for reading, 97th for math), and especially enjoys math though I heard him tell the dentist yesterday that solo reading time is one of his favorite parts of school (who knew). In the fall his teacher told us that lots of kids want to be his partner when activities call for it, and as far as we can tell he’s the sort of kid who enjoys a lot of different people and doesn’t seem to form exclusive groups. He’s quick to make new friends when we go to a playground or play place. For his birthday party this year we allowed him to invite just five kids besides his siblings, and he chose three girls and two boys, all from his class except for his best-friend-since-preschool, Andrew. Lately he enjoys his friend Lucy tremendously; they seem to enjoy a lot of the same things and have the same goofy sense of humor (I’m not sure who turned him on to Weird Al, but he’s into him big time after their last playdate).

His biggest challenge at school is the same challenge we often experience: staying focused and on task. He’s the sort of kid we have to ask a million times to do something. Not out of deliberate disobedience, but distraction. We’re beginning to wonder if he’s just incredibly bored there, especially when it comes to the volume of worksheets they seem to complete, but he says he likes school and never complains about going so we’ll watch and wait.

He loves LEGO more than any other toy, and is an absolute whiz at putting complicated sets together with no help whatsoever. This summer we’re taking the kids to Brickworld in Chicago where (we hope) they’ll be able to see Jonah’s beloved Great Ball Contraption. He could watch those videos for hours. He still loves to figure out how things work, and naturally does so at every opportunity. He loves NERF guns more than I’d like, and treasures the crossbow Aunt Kira got him for Christmas. He actually likes all things military more than I’d like. Every week when his class has library he checks out a different nonfiction book on a branch of the military or military planes or military robots or military who knows what. We’re baffled, but are trying to let him be him.

He’s in his fifth month of karate at this point and seems to have reached the point where it’s less frustrating and a lot more fun. A couple of weeks ago he told us that he wanted to quit (I think it was the second time he’d made that announcement) but after much argument I told him that he needed to go to class and tell the teacher himself. Kristin took him, and after class he asked her if she’d told Mr. Thompson yet. She said, “No. You need to do that.” He told her that maybe he’d go to one more class, or possibly two. This week he surprised us by asking to go three times per week instead of once, and after his Tuesday night class he skipped out to the car exclaiming, “Karate is SO fun!” He admitted that he was embarrassed in his first class, and I told him that I still feel that way in Karate (one month in). I’m thrilled that he chose to give it another chance and is finally seeing the benefits of his hard work.

This was also the year that he learned to ride a bike, late in the summer. I’ve written about that already, but it feels like a huge part of who he is now.

There’s something about Jonah that seems lighter at this stage. For a long time he seemed more serious, brooding, and sometimes I worried less joyful than other kids I knew. But now he seems goofy, light, happy, and more settled into himself. He discovered the joy of Mad Libs at Christmas

He still gets misgendered very regularly (yesterday when I checked him into the front desk at the dentist’s office the receptionist said, “OK you girls are all set!”). And one of the owners of the karate dojo admitted months into Jonah practicing that she’d thought he was a girl all along. He actually hasn’t worn a dress in ages, and chooses pretty typically “boy” stuff these days (but he explained recently that it’s partly because dresses and snow pants don’t mix).

He loves being read to, and the fourth Harry Potter book was one of only maybe two items on his Christmas list. I can’t tell if it’s because of a love for Harry Potter or simply a love for the nightly tradition of me reading to them (I think he loves that I enjoy it as much as the kids). He is still very much my snuggle bug, that isn’t fading in the slightest. He still comes to get me each night, touching my face to wake me, and when I lay down in his bed he snuggles his feet under me and immediately goes back to sleep.

I love this boy deeply and often see the ways in which we’re learning to be better parents and doing things with Jude and Viv that we didn’t figure out as quickly with him, but I hope he’ll forgive us (in the way all first-children must) as we watch him grow and do our best to help him thrive. I wouldn’t change a thing about him.

One thought on “Jonah at seven”